The church stands proud in the centre of the village, a grand church for a relatively small village. It is something of a mystery as to why so magnificent a building was built here when there is no evidence of a monastic foundation or wealthy patron. It is thought it might have been a ‘Minster’, in other words the centre of a group of other churches and smaller communities. In this case those communities could have been Little and Marks Tey, Aldham, Chappel and Wakes Colne.

In recent years more research has been done into the age of the church. Previously thought to have been built from the late 12th century onwards, it is now dated from before the Norman Conquest. Have a look at its tower – the lower three tiers probably date from Anglo Saxon times. The tower walls are of reused Roman brick quoins from a roman villa found very close by, Septaria which comes from the cliffs close to Walton-on-the-Naze, iron stone conglomerate found in local fields and flint.

The chancel was extensively re-built in the 14th century. It became a fine example of decorated architecture. It is strengthened by buttresses and has three double windows on the north and south sides, which have beautiful tracery and hood moulds resting upon corbel heads. The priest’s doorway on the south side is noteworthy. Its hood mould is carved with fleurons, foliage and ball flower ornament and rests upon worn corbel heads.

The superb five light east window completes this chancel and is flanked by interesting corbels. The north transept has a fine three light mid-14th century window with distinctive and very beautiful tracery. Its counterpart in the south transept matches the chancel windows and the east window of this transept is in the perpendicular style of the late 14th century. There is a contemporary sedilia (much restored). The early 15th century octagonal font is in near perfect condition.

Originally the church was much larger than it is today. It was cruciform in plan with the nave stretching considerably further west than the existing building.

In 1828, the nave, west of the tower, had fallen into disrepair. The church wardens of the day thought that the estimate for repairs was much too high and decided to have this part of the building demolished.  The nave was foreshortened and the gallery and vestry created against the west side of the tower, pitched transept and porch converted to flat roofs and doors and frames were renewed. The aisle roofs were shortened to create the north and south porches. Ironically the bill for all that work was greater than the estimate for repairs!

As you come in to the church, on the left hand wall you can see the capitals of the first Norman arch of the now demolished nave.

There are eight bells in the tower and these are rung regularly. The oldest bell was cast by Miles Gray of Colchester in 1626.

Despite its chequered history, a tremendous amount of beauty and antiquity can still be seen both outside and inside the church, a tranquil haven serving its parish for more than a thousand years.

For a fuller description of the church, its contents and the people associated with the church, there will be a Guide Book available in the church. (As at Easter 2021: out of stock and currently being updated.)

A small Norman church set in a quiet leafy setting, it is a very simple, one volume building of C12 Norman origins. It has several small Norman windows and an apsidal east end.

As with St Barnabas, it has had a number of alterations throughout the centuries that followed. The roof is thought to be 13th century and in the 14th century, windows were added or enlarged to give more light. There is a stone tympanum above the south door. Because there is no local source of stone, it was imported from Caen; easier to transport from France by sea and river than from inland quarries in England.

The church has one bell, cast in Sudbury by Henry Pleasant who opened a foundry in 1691. It is inscribed "Henry Pleasant did me runn Anno 1701"

From the mid 19th century onwards, much work was done to repair and update the fabric of the church and its furnishings. It is thought that the church was once thatched, perhaps prior to the 16th century.

The exceptional feature of the interior is its mediaeval wall paintings. These were discovered by chance beneath layers of whitewash in the 1960s. In the apse there is an extensive C13 Passion cycle, with fragments indicating C14 repainting. In the nave there are the remains of a fine C14 Virgin and child. On the north wall there is a fragmentary St Christopher and part of the "Three Living and Three Dead".

In recent years much has been done to restore and conserve this charming little church. Damp problems have been tackled, a more appropriate new floor laid, heating much improved for the congregation while making sure condensation does not damage the very fragile paintings.

For a full description of the church, its clergy and the wall paintings there is a Guide Book available for purchase in the church.

END_OF_DOCUMENT_TOKEN_TO_BE_REPLACED 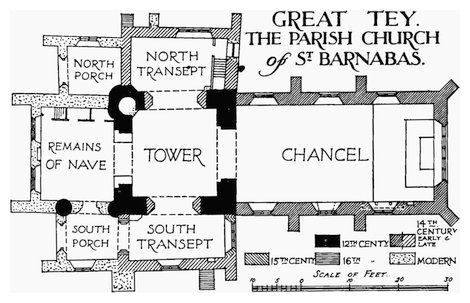 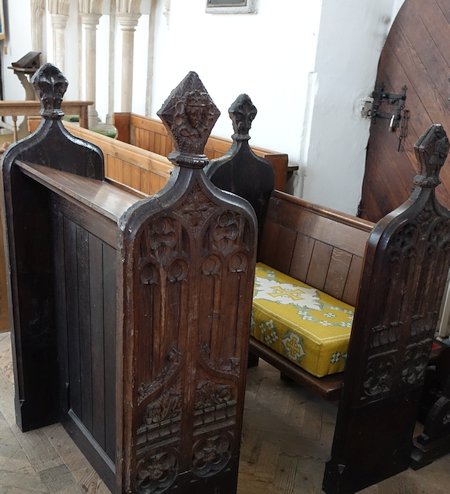 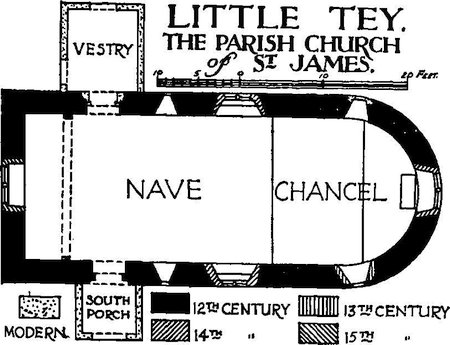 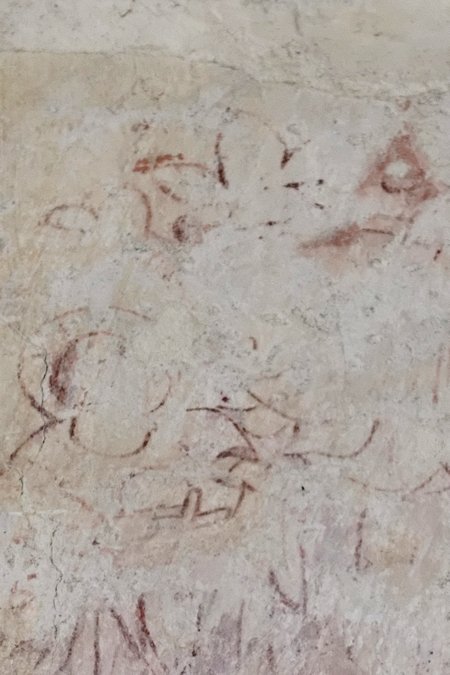 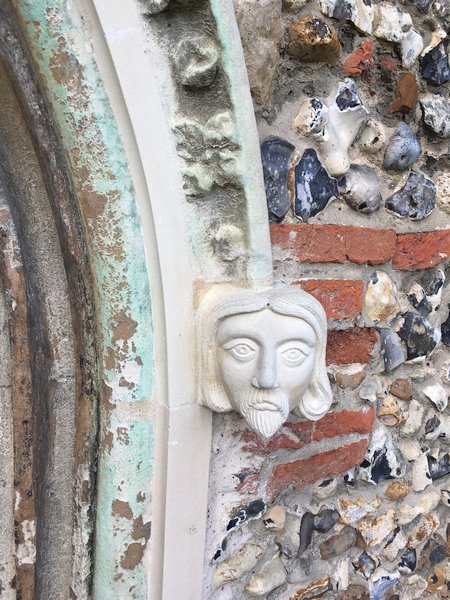